The Fake That Looks So Real!

I know everyone (including myself) like genuine stuff and I need to make myself clear upfront that I am NOT promoting owning any fake goods here! Just like to share my view on "how real can a fake be"?

If you have not already know, there are fake Apple Stores in China (Kunming City) that looks so real that even the staff hired were not aware that their employer is not the real Apple Inc. Yes, I am talking about the WHOLE Apple stores (and not only the iPhone or iPad products) and it's not only one but five stores!

Based on the latest news, selected fake Apple Stores have been closed down by China Officials. If you are interested to read more, follow the links below (Source: BBC): 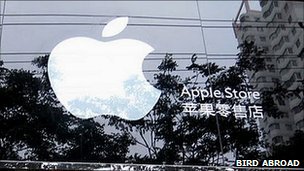 Kind of reminded me of the movie, The Truman Show (see image below, click on the image to view details) whereby the whole life of "Jim Carrey" (main actor) was staged and viewed as a reality show aka a FAKE life! Of course, the incident is China is not as dramatic as this show but it just means that "seeing is believing" is no longer true for all cases now!

The point is, with the advancement of technology and super-fast thinking of all the "businessman" around the world (maybe mainly from China?! ;-P), I am sure more and more fake shockers will emerge one by one...In any case, fake stuff is here to stay and it will get more and more real! Just keep your mind and eyes wide open.

On the same notes, slightly towards the technology advancement part, like to share a youtube clip about "3D photocopier", the end product is photocopied but yet looks so real, the best part is it can retain the functionality as per the real one. I was totally shocked when first saw it and I am sure you folks will be too!

Ok, enough of the fake stuff, let's go back to the original stuff, my original inspirational quote (originality guaranteed!):

"The truth may hurt, but the lie will hurt you much much more in the end!"