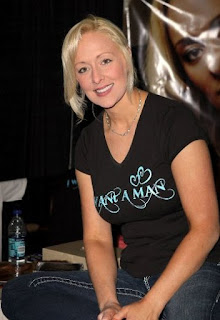 Yet another musician gone too soon!
Mindy McCready (age 37), the popular Country singer found dead on the porch of a house in Heber Springs, Arkansas, on Sunday (17th Feb 2013) afternoon. She was pronounced dead at the scene “from what appears to be a single self-inflicted gunshot wound”, said in a Police statement.
She achieved early success with her 1996 debut album, “Ten Thousands Angels,” which sold a reported 2 million copies. Her other popular songs are "Guys Do It All The Time" and "If I Don't Stay The Night".
R.I.P Mindy McCready


Now, let's rekindle with some of the great songs from her below:
1. Ten Thousands Angels
2. Guys Do It All The Time
3. If I Don't Stay The Night
Posted by Richi Rich at 11:11