Woke up this morning, felt sadden when seeing a number of man-made tragedy posts appearing on my social networks' wall (Google+ and Facebook). First, the bomb and the subsequent mass shooting in Oslo, Norway (all done by one man, 32 years old Anders Behring Breivik); Followed by the shock demise of Amy Winehouse. The troubled British singer and multiple Grammy Awards winner, found dead at her North London house at the age of 27.

It's a dark day for those living in Norway. The country (or specifically, the city of Oslo) turned into "war zone" overnight because of one man. It is ironic that Oslo is also the home to Nobel Peace Centre.

As for the fans of Amy Winehouse, even with her troubled past history of alcohol and drug addiction, it is still a shock to learn of her shock demise in such a young age. 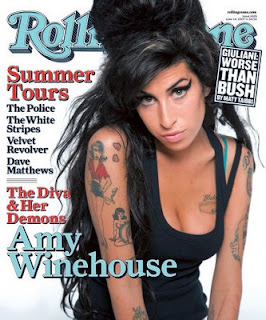 R.I.P to all victims and condolences go to the families and friends of the victims.

P/S: Today's post might seem contradicts to the positive theme of my blog but I guess that's life, negative force exists and we can't avoid it totally. instead, we need to embrace it and learn from it to make us stronger!